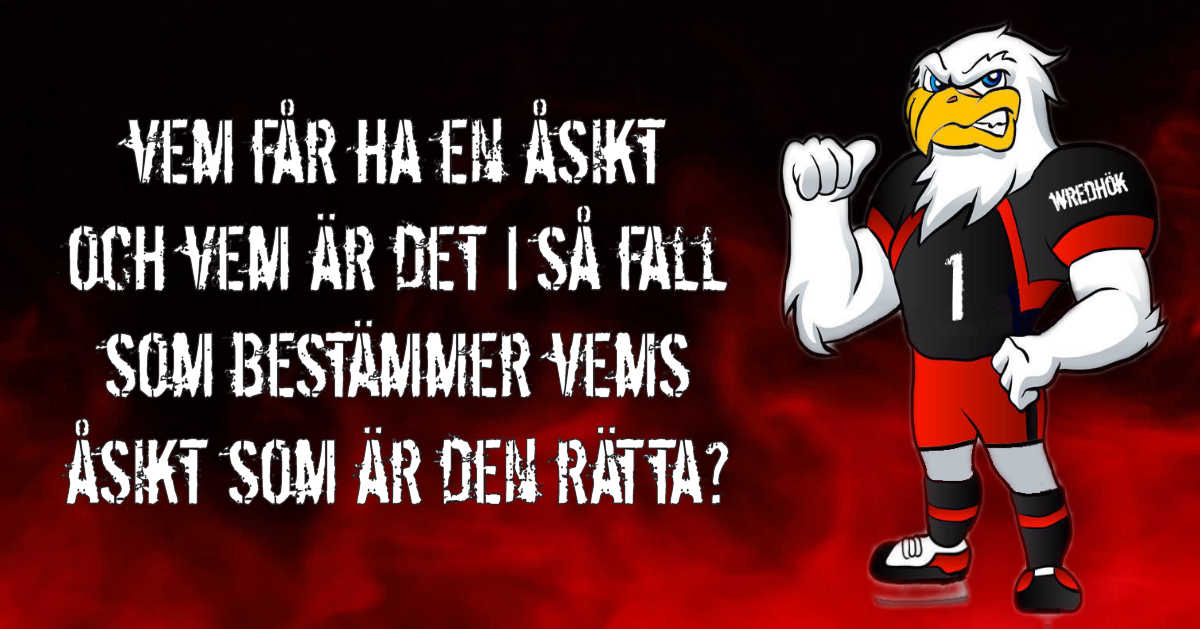 Malmö Redhawks looked like before during the season, there was a loss in Malmö Arena. The blog is by no means an expert but we are many who follow the team, on site, at home and away. As a crowd of supporters, can you have an opinion in general, say how you experience and feel about how Malmö Redhawks communicate with their supporters? Is it completely wrong to think that the management does not measure up? Is it completely wrong to air opinions? Apparently!

We who watched the match had, right or wrong, high expectations of the team, who in various newspapers (usually behind paywalls) knew to tell that now at least it would be good, fire in the butt, full throttle, play for the club. The management spoke during the break just as players did. Did we hear anything new? The blog does not like it and yesterday we were more gathered to see the match, right or wrong, for us it was the same old usual.

What is happening? Some experts write that it must take time to "adjust" what has gone wrong, that one must give the new management staff time. Sure, good so far, but now it's right for a new head coach, right? So the facts are then that we must first give Kollar time. Let us speculate that a new head coach will be presented shortly, then he will also have the opportunity to make time to make his mark on the team. What, then, is limping in this equation? As the blog sees, TIME is something that does not exist, the time that would have been needed for this is gone.

At the time of writing, there are 19 matches left of the basic series, the team is 12th and dangerously close to a qualifying spot. Was it wise to dismiss Fagervall now? Should Fagervall really carry the dog's head for this debacle? Would it have been done 10 matches ago? The blog has an opinion but scared to silence we put our teeth too heavy, at least today. What do you think?