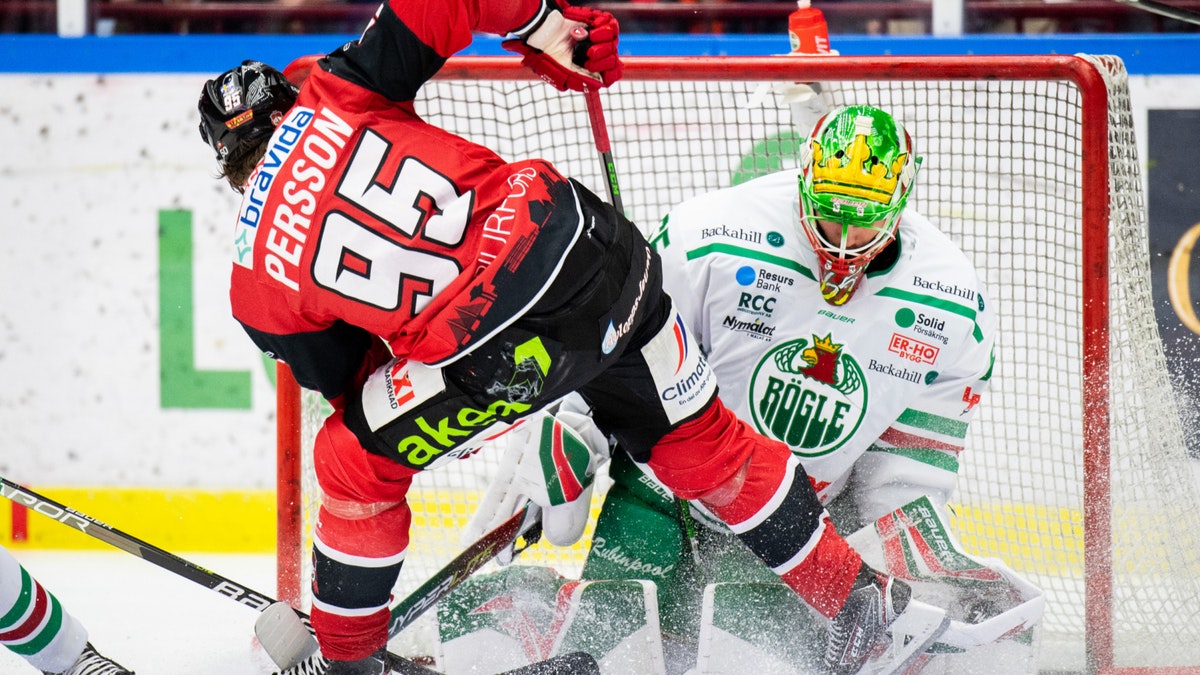 No, it was not a sensationally surprising playoff participation for us, but it's OK. To be honest, it does not matter. We had not had to do there, although we wanted to sound big and dangerous in the pre-talk. This season was all about survival. It probably took everyone quite early in the season. At least this columnist. Look at the previous posts and the rhetoric, and you'll see how it sounded.

So nothing to do and no idea to bury yourself. The team made a miraculously good promotion, just like last year, and thus managed to maintain its SHL status, with difficulty. Because I guess that's what we are now. A bottom team that fights to continue to exist. The gloomy insight is unpleasant, but just as striking in its authenticity. We lack reliable goal scorers. That is the truth of the day. Our second best goal scorer after Carl Söderberg is Carl P with 11 goals, but the man only scored in 8 games out of 52 this season.

Part of the problem with expectations and what can be considered acceptable is that there are those who think it is a perfectly OK achievement and there is probably a lot of concern with our forwards. You can thus score goals in 8 matches out of 52 in a season, with playing time averaging 15-20 minutes, in the second chain and Power Play, and fans and team management let you get away with it, “because he adds so much more than goals ”.

Ignorance, sheer stupidity and delusions about what is the approved standard for a forward in the conditions just described breeds a kind of let-go mentality and generates a loser stamp on every club if you think it is acceptable for it to look like that. This is not just about CP95, of course. He is far from the only sinner in this misconception. He can only be the symptom of the disease.

With Björn Liljander at the helm, if he can now be there, a hope for a new mentality is ignited around what kind of player you choose to have in the team.

I and many with me, dream of a new kind of approach now. A new kind of more clearly results-oriented attitude and a different set of requirements, in the future. No more talking about good performance but worse results. It's the same thing and pretending it's not is quasi-psychological bullshit. A good result is goals and points. Then it's going to look like hell. A team with a winning culture finds different ways to win, night after night. A losing team does the opposite and then emphasizes the performance, in front of the outcome. I never want to hear anyone say that again in an interview after the match.

Accountability, or being held accountable, is the key word.

When autumn comes, the winds of change must have blown through this club and continue to blow, until we have transformed the team's aura into a winner's skull that accepts nothing but results and delivery, from everyone involved.

Thanks for this year.