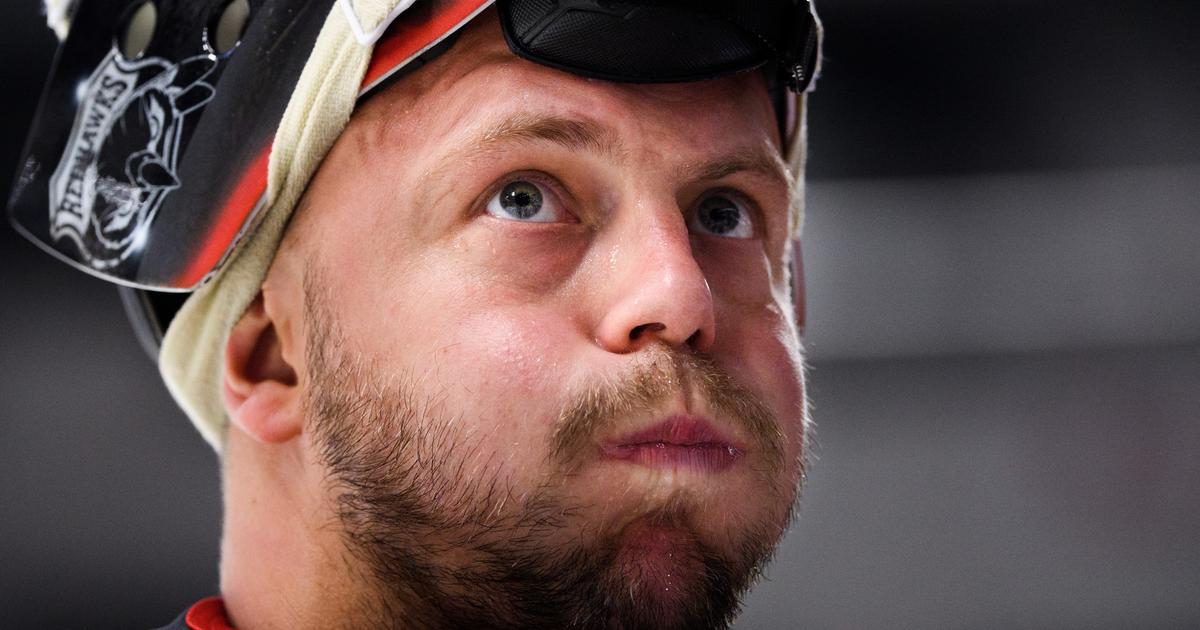 The Easter bangs that struck like a bomb during the Easter weekend have not yet exploded completely.

No official explanation has yet emerged as to why the team's MVP in recent seasons was suddenly considered persona non grata. There has been wild speculation in the media and the theories hail, both there and in all sorts of places online. This is of course the case when no information comes out and the information that comes out is scarce and cryptic.

Three questions that can not be ignored:

- Was it the podcast that made someone (management? Sponsors?) React? Do you understand what he said in the podcast? Have you listened to the podcast?
- Do you think that Oscar does not agree and would rather pay him a year not to play, plus a new salary for a replacement? Is his sporting performance on the ice considered so detrimental to the team?
- Why did you feel compelled to communicate this during the Easter weekend? Couldn't you handle it in silence, agree and then go out with the message?

First of all, the person who follows the team knows that Oscar Alsenfelt has mentioned many times over the years that he does not necessarily think it is just "fun" to play without rather talking about how he is passionate about the task and to win. , because what he does is so difficult and demanding and it makes him motivated to continue and so on. So this is not the first time he's ever talked about it in that podcast. What he says is not remarkable or sensational, except for those who are quarrelsome, easily offended, malicious and with an agenda are out to lift single quotes from their contexts and intentionally turn and twist it, until it becomes compromising and problematic for the association .
The one who really listens and has listened before, knows something about sports and athletes and can perceive nuances, the one who has the ability to take in another person's expression of a feeling and the one who actively chooses to benevolently strive for understanding, has no problem with it as stated in the podcast, by one of the contributors.

Besides, no one has really been hurt by similar sayings before. Oscar has often answered questions in ways that sometimes make one bounce a bit, as the answer is sometimes not the most expected, but since you have heard him in interviews over the years, you have understood and got used to the fact that he prefers to work want to give a thoughtful and honest answer, rather than a predictable, media-trained, empty and flat answer, as most people always do. Only it is refreshing and appreciated by fans who have stopped listening to meaningless interviews with answers without substance or thought in.

By the way, Patrik Sylvegård says straight out in an interview these days that it is not the pod that is the reason behind and it is not the sponsors who have misunderstood / misinterpreted what Oscar said in the pod about his attitude to the actual experience of playing ice hockey. On the other hand, it says "anonymous source with transparency" that it should be about, as the main reason for breaking the club icon.
Who knows what is true. If the sponsors are too stupid to understand the nuances of reasoning that have to do with the psyche of elite athletes, it is their own problem and no one else's.

If the podcast is not the cause of the chaos that is going on and if there are other reasons why you want to end it, then one party is obliged to tell the fans what these are.

Secondly, injuries have disturbed Oscar from time to time during the last two seasons, but definitely not to the extent that it can be said to be justified for a break. Not to the extent that it makes his participation in the team impossible, in any form and not to the extent that overall it makes him a burden for the team, even though last season was not a highlight of his career. In short, no one with a straight face can try to strike me that the break takes place "on sporting grounds", unless you put your own, extremely creative meaning in that concept.

And why, in the end, was it so important to go out with this dramatic and unexpected announcement, during the Easter weekend? Why is it always so strange about things that are proclaimed to the outside world? The Peter Andersson smoke had barely subsided. The new communications manager you are looking for has a lot to work with, we can safely say.

The timing is mysterious, to say the least.

So, the fourth and more rhetorical question becomes, after all, in the end: do we fans need to know? Do we have the right to know? Can we demand information at all or should we beautifully accept incomprehensibility and ambiguities about leading players in the team, every time it happens? Quiet in line and continue to pay in money for the season ticket? Stop asking questions, or get blocked on Twitter?

What in the whole world can be so secret and so unimaginably unthinkable to say out loud, that it is not possible to tell the club's own supporters? Remember that it is not anyone you throw out of the association, on very unclear grounds right now. Oscar Alsenfelt is the club's soul and heart and has been for a long time. If we are as important to you as you sometimes want them to be, show us that respect and be honest and clear. No more circus arts, half-sung songs and evasions. The cards on the table. Do not treat us like air.

We hope to one day know why this has happened, but until that day, speculations, theories, rumors and gossip will unfortunately dictate the tone of the discussion. It's piss that it will be so, but it will be so, when no facts in the case are allowed to come to light.

Every time it happens like this, it is so painfully clear to state that there is no one who benefits from or gains anything from being involved parties. Everyone loses, just everyone.

Not least us who love our dear Malmö Redhawks.